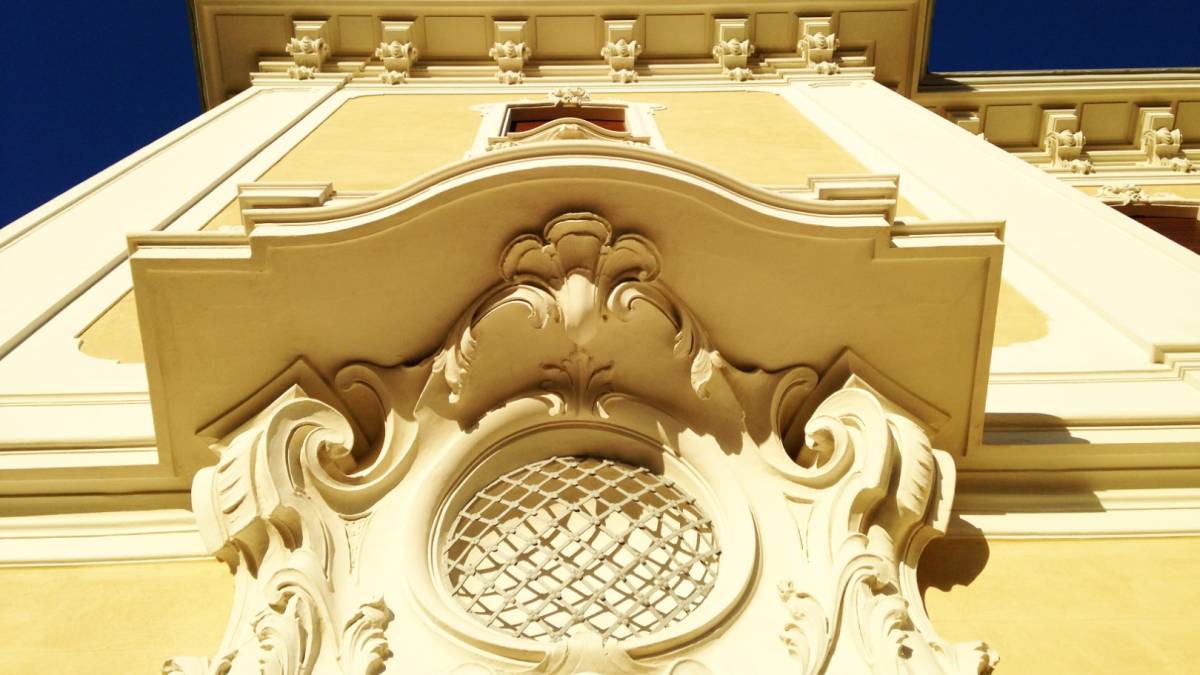 Queen Margherita of Savoy arrived in Bordighera for the first time in September 1879, a guest at Villa Etelinda. The queen had been seriously shaken after the attack that the king had suffered in Naples in the previous year and the doctors recommended the Riviera and in particular Bordighera as a place to recover energy.

In January 1880, he returned to Rome, but his stay in Bordighera was so pleasant that the queen returned several times, staying at the Hôtel Cap which was located in via Virgilio, not far from Villa Etelinda. The hotel, which was considered among the most beautiful in the area, was on the hill side and had a splendid view.

In 1914, the queen bought villa Etelinda, originally called Villa Bischoffsheim, the house was renamed in 1896 as Villa Etelinda by the owner Lord Claude Bowes-Lyon, 14th count of Strathmore and Kinghorne

Villa Etelinda had a huge park and it was in this park that the queen had built her new home. The works began on March 30, 1914, under the direction of the Italian architect Luigi Broggi, the queen assigned the design and construction of the gardens to the Prussian landscape architect Ludwig Winter assisted by the Belgian hydraulic engineer Paul-Vincent Levieux.

The villa, built in the Baroque style of the eighteenth century, has a basement, a ground floor, two upper floors and a large terrace on the top floor, from which a walkway gives access to the upper garden.

In the basement, Broggi provided the services of local staff such as ironing, laundry, etc. and technical areas with the boiler and the elevator motor.

The ground floor comprises the hall, the public hall, the library, the reception room and the dining room. The entrance leads through a small door to the Queen's private chapel.

A massive staircase, lightened by three large windows, leads to the upper floors.

The stained glass windows, still original, are decorated with the double royal coat of arms of Queen Margherita and King Umberto I of Italy, both of Savoy.

On the first floor there is the queen's apartment, consisting of a hall, an office, a private room and a bathroom.

Also on the first floor, Broggi had designed three smaller apartments, one for the lady of the queen's service and the other for the royal family.

On the second floor were the private apartment of the Lady of the palace, the Countess Maria Cristina Pes, the First Gentleman of the Queen, Prince Emilio Barbiano of Belgioioso d'Este and the guest rooms.

Only some original furniture and accessories remain in the villa.

The windows are still noteworthy as are the decorations above the doors that represent the Savoy residences most loved by the queen such as: Palazzo Margherita in Rome, the Savoy castle in Gressoney-Saint-Jeane the Stupinigi hunting lodge.

The architect Broggi had equipped the villa with all the comforts of the time, such as an elevator and individual bathrooms for each room. Following a renovation, it was decided to keep only the queen's bathroom. The lift has been replaced for safety reasons, but the original cabin, which has been restored, has been preserved and placed next to the dining room.

At the end of October 1915 the works were completed and the villa was inaugurated on February 25, 1916. From that moment the queen spent several months every year in Bordighera, usually from May to December.

Queen Margherita of Savoy died in Bordighera on January 4, 1926, she was 74 years old.

The day after her death, the body was taken to the station and put on the train to be transferred to Rome, where she was buried in the Pantheon.

The House of Savoy decided to donate the house to the National Association of Families of Fallen and Missing in War.

On 16 September 2008 the city of Bordighera and the Province of Imperia purchased the villa. Over the course of about two years, Villa Margherita has been restored thanks to the intervention of the Terruzzi Foundation.